U.S. proposes to temporarily suspend the enforceability of patents on COVID vaccines

On Wednesday, May 5, 2021, the President of the United States, Joe Biden, announced a change in the position of his administration, declaring that he will support at the World Trade Organization (WTO) a temporary suspension of the effectiveness of patents registered by multinational pharmaceutical companies on the vaccines they have developed against the coronavirus, […]

The judgment of the Commercial Court No. 5 of Barcelona of January 19, 2021 (JUR\2021\14695) resolves the conflict raised between Vorwerk, holder of a European patent validated in Spain that protects the technology incorporated in a food processor (popularly known in the market by the trademark Thermomix®), which in June 2019 filed a lawsuit for […]

Code of conduct on the use of influencers in advertising 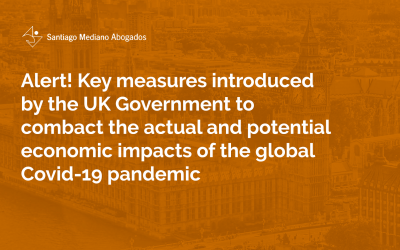 Alert! Online contact details for key measures introduced by the UK Government to combat the actual and potential economic impacts of the global COVID-19 pandemic

Under the recent MARCH 2020 UK BUDGET and the further announcements following it, the UK government introduced a number of measures aimed at softening the economic impact, particularly on small to medium-sized(SMEs) companies following the outbreak of Covid-19 and the subsequent controls put into place to curtail its further spread nationally or internationally. Both the […] 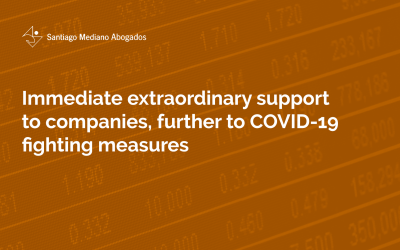 TELEWORKING Upon initiative either of the employer or the employee, and without the need of an agreement between the parties, provided it is possible professional activities will be carried out by teleworking whilst required. The employee maintains the obligation of working the number of hours set out in the employment contract or in the collective […] 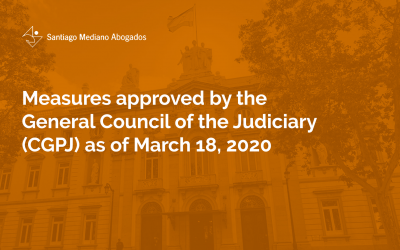 Measures approved by the General Council of the Judiciary (CGPJ)

On March 18, the Permanent Commission of the General Council of the Judiciary has agreed that, as long as the state of alarm is maintained, it is not appropriate to present procedural documents in person “in any case”, limiting to electronic form (LexNET or equivalent systems in Navarra, Aragon, Cantabria, Catalonia and the Basque Country) […]