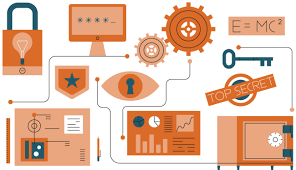 Since June 2018, the House of Representatives is reviewing the Project of the Trade Secrets Act through which the European Union Directive 2016/943 is incorporated into the Spanish legal system. The Directive, approved by Parliament and the European Counsel on June 8, 2016, foresees the protection of technical knowledge and non-disclosed business intelligence (trade secrets) against its illicit collection, use and disclosure.

The protection of trade and company secrets is one of the essential elements of competition between companies. Therefore, the health of the markets depends directly on the proper safekeeping of such rights.

Prior to the abovementioned Bill, the Spanish legal system entrusted the protection of trade secrets to the Unfair Competition Act (Act no. 3/1991, of January 10). Its regulations on trade secrets may be deemed as a Surveillance system, in other words, a set of rules whose application is triggered solely upon its breach.

However, the real scenario surrounding trade secrets is much more complex. As one of the main assets in a company, considering them as solely from its vulnerability has been insufficient.

The Trade Secrets Act, in compliance with the provisions set forth in the European Directive 2016/943, enshrines the existence of an ownership right over trade secrets. Therewith a true heritage of trade secrets is produced.

Therefore, it is crucial that the companies carry out a proper valuation and assessment of trade secrets, in order to apply over them the applicable tax considerations.

Thus, those who used to be the titleholder of a secret, whose commercial exploitation was articulated normally through non-disclosure agreements, can from now onwards seek other very exploitation means, which if not similar identical, to those of intellectual property: transfer or assignment, granting of contractual licenses, exclusive and non-exclusive.

Provided that trade secrets rely on knowledge, it is a new right over intangible assets, and, specifically, about information or knowledge. The list of this type of rights is thus completed, bringing European law closer to the Anglo-Saxon concept of intellectual property, comprehensive protection of patents, trademarks, designs, copyrights and related rights, of the topographies of semiconductor products, and, finally, of trade secrets.

In this sense, certain ideas, thus far all considered as common heritage of humanity, become part of the unique heritage of the owner of the secret, which, under the stipulations of the Bill, is defined as «[…] any information or knowledge, including technological, scientific, industrial, commercial, organizational or financial […] «. Besides, to be creditor of the protection granted by the Bill the trade secret must accomplish with the following requirements:

1.- Be secret, in the sense that or in the precise conformation of its components, it is not generally known by the people belonging to those circles in which the type of information or knowledge in question is normally used, or easily accessible to them;
2.- Have a business value, whether real or potential, precisely because it is secret; and
3.- Having been subject to reasonable measures by its owner to keep it secret.

The similarities between the legal provisions governing the protection of trade secrets and intellectual property rights, highlight the close relationship between both subjects. Despite these similarities, while copyright protects the means of expression of ideas, with the main requirement of dispensing the protection to the originality, in other words, the way that the idea is expressed, the protection of the trade secrets is confided precisely to the ideas themselves, to which the Bill refers as the constitutive information of the secret.

It is palpable that the trade secret will coexist with other possible forms of protection of intangible assets, given that its form of expression can be protected by copyright, or even that part or parts of the secret may be patentable.

The methods of acquisition of the trade secrets

1.- Discovery;
2.-Observation, study, disassembly or testing of a product or object made publicly available, or to which it has been legitimately accessed;
3.- The exercise of the right of workers and workers’ representatives to be informed and consulted, in accordance with European or Spanish legal system and current practices; and
4.- Any other action that, according to the circumstances of the case, is in accordance with the loyal commercial practices, including the transfer or assignment and the contractual license of the trade secret.

Likewise, the Bill regulates the actions and procedures for the protection and defense of the rights that it consecrates. To which its Chapters IV and V are dedicated.

In this sense, the first of those Chapters, contemplates the actions entitled to the owners for the legal protection of their right without having to resort to the Unfair Competition Act as we already established above. Among the different actions recognized, could be highlighted the action of cessation of acts that infringe the right or urge the prohibition of manufacture or commercialization of infringing goods.

Despite the fact that the Bill stipulates a list of actions to undertake, it seems that we are facing a non-exhaustive list, so the holders may also exercise other actions that are not specifically contemplated in the Bill and entitles them to obtaining the adequate protection to their right against the infringers of the trade secrets, as well as against third-party acquirers in good faith. These third parties are the ones who did not know, or should not have known, at the time of the use or the disclosure that they had obtained the trade secret directly or indirectly from an infringer.

The compensation for damages

Regarding the compensation for damages, the Bill offers to the holders two methods to quantify them, which, again, remembrance the methods of the Spanish Copyright Act. The first one, cover the economic damages, including loss of earnings, suffered by the owner of the trade secret, including possible unjustified enrichment obtained by the infringer. In connection with this first method, it must be highlighted the indirect regulation of a moral right of the owner of the secret, which can be introduced in the calculation of compensation, when in the unlawful acquisition, the use or disclosure of the secret is inflicted on its non-property damage.

The other quantification method consists of a lump sum that is had been fixed if the infringer would have paid to the holder for a license.

The limitation period for undertaking any legal action for the protection of trade secrets is established in three years.

Chapter V of the Bill contains procedural rules in nature, in which, in addition of ascribing the competence over the proceedings regarding trade secrets to the Commercial Courts, establishes precautionary measures and preliminary proceedings. It highlights an extensive regulation on the treatment of information that may constitute a trade secret , which includes measures to avoid that, due to the corresponding procedures, the secrets could be infringed. These measures may affect lawyers, attorneys and judicial office officials. Judges may even limit access to hearings in proceedings.

To conclude, the Bill is presented as an encouraging new for the business sector and, especially, for entrepreneurs and new business models based on innovation whose role is on the rise in the last years.

From the area of Intellectual Property of Santiago Mediano Abogados we remain at your disposal to clarify or expand any particular issue that you may have in this regard.