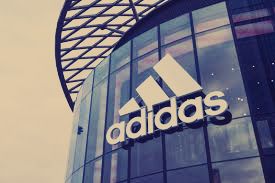 Adidas has lost one of the (many) battles it has assumed in the last couple of months (years) related to its three-stripes marks, which could mean a big blow-out to Adidas’ current enforcement proceedings against companies using a similar pattern on their products.

The war was lost against a company called Shoe Branding Europe (SBE), which filed a declaration of invalidity against the Community Trademark (CTM) registered by Adidas consisting of a “ three parallel equidistant stripes of identical width, applied on the product in any direction ” (see below image) for goods in Nice Class No. 25 (which includes mainly clothing, footwear and headwear).
Actually, the controversy between these two companies began back in 2009, when SBE filed a CTM registration for a two-stripes mark for shoes, which ended by Adidas opposing to it and the EUIPO ruling on Adidas’ favor since it considered that there was a risk of confusion due to the similarity between both marks and that the second mark would benefit from the notoriety of Adidas’ marks.

After throwing actions at each other, the General Court (GC) understood that EUIPO did not commit any mistakes, and that it is probable that SBE’s mark would be benefitting from the notoriety of Adidas’ trademark.

This controversy ended last week (june 19) when the GC confirmed EUIPO’s decision, declaring the invalidity of Adidas’ Three-Stripes CTM. The GC concluded that Adidas’ three-stripes mark is not a pattern but rather an ordinary figurative mark, and that, consequently, any form of use (i.e. the color scheme) that steers away from the essential characteristics of the mark should not be take into account, and, more importantly, it confirms that Adidas failed to prove acquired distinctiveness throughout the European Union.

To this Adidas has stated that the “ ruling is limited to this particular execution of the three-stripes mark and does not impact on the broad scope of the protection that Adidas has on its well-known three-stripes mark in various form in Europe ”. However, the reality is that this decision is already affecting the company which stocks had fallen considerably since this information became public.

Notwithstanding the foregoing, the relevance of this decision is that it may reverberate into other enforcement proceedings that Adidas’ may have, and all because of an insufficiency in the production of evidence showing the distinctiveness through Europe; must be careful when submitting a trademark.

From the Enforcement and Competition area of Santiago Mediano Abogados , we care about the protection of intangible assets by planning and adopting strategies and measures that ensures its effectiveness, even before the exercise of legal actions.