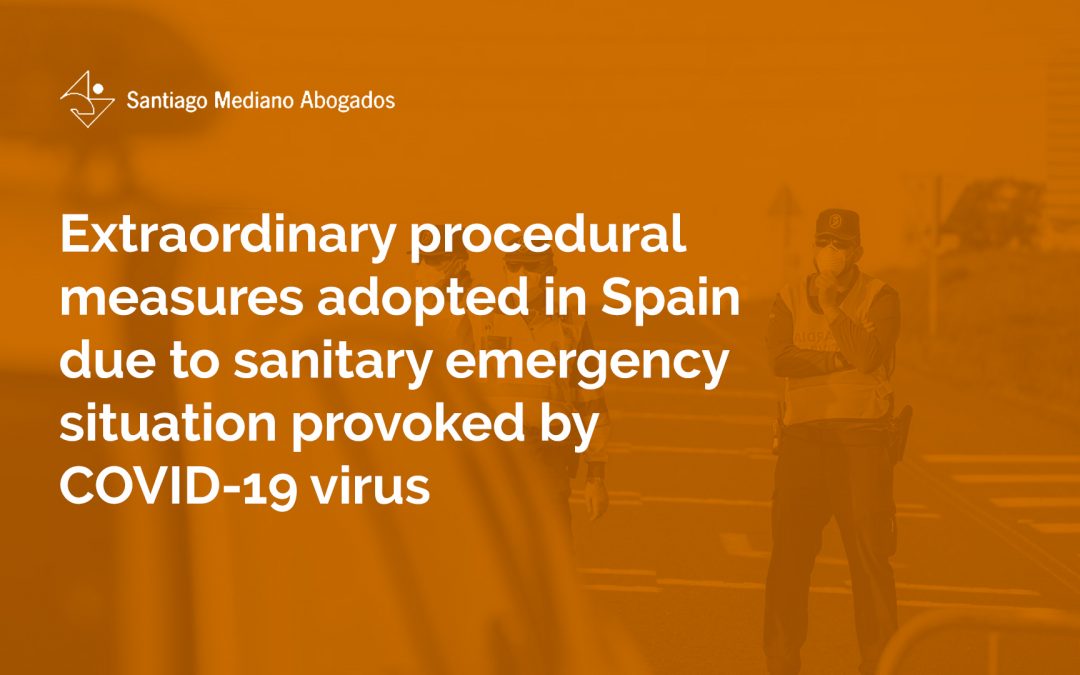 Measures approved by the Spanish Government in Royal Decree 463/2020, of March 14, 2020, declaring the state of alarm for the management of the health crisis situation caused by COVID-19

The Royal Decree establishes the suspension of terms and periods provided in the procedural laws for all jurisdictional orders. The calculation of the terms will be resumed at the moment when the   royal decree or, where appropriate, its extensions, loses its validity (initially a 15 days term). The exceptions provided for in the Royal Decree are the following:

a) In the criminal jurisdictional order:

b) In relation to the rest of the jurisdictional orders, the interruption shall not apply to the following cases:

Generally, the judge or court may agree to the practice of any judicial actions that are necessary to avoid irreparable damage to the rights and legitimate interests of the parties in the process.

As for the administrative deadlines, as provided in the third additional provision of the Royal Decree, terms are suspended and the deadlines for processing procedures of public sector entities are interrupted. The calculation of the terms will be resumed at the moment when the royal decree or, where appropriate, its extensions, loses its validity. The suspension of terms and the interruption of deadlines will apply to the entire public sector defined in Law 39/2015, of October 1, on the Common Administrative Procedure of Public Administrations.

The suspension will not affect the procedures and resolutions referred to situations closely related to the facts justifying the state of alarm.

The statute of limitations and expiration of any actions and rights will be suspended during the term of the state of alarm and, where appropriate, of the extensions adopted.

Measures approved by the General Council of the Judiciary (CGPJ) as of March 14, 2020

On March 14, 2020, the Permanent Commission of the CGPJ has agreed to extend Scenario 3 to the entire national territory, while the state of alarm is maintained, so that the procedural actions and measures contemplated in this scenario will result of immediate application, without exception, to the entire Spanish State. Scenario 3 involves suspending all scheduled judicial proceedings and procedural deadlines, except the following:

The Dean’s Office has agreed to send an official letter to the Bar Associations and Attorneys in order to ensure that written documents are not presented in general in the Dean’s Office, except for those documents referring to the procedural exceptions contemplated in Royal Decree 463/2020, of March 14.