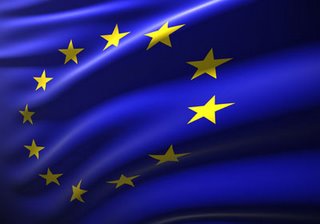 Responding to the preliminary ruling proposed by the Supreme Court in 2014, the Court of Justice of the European Union has determined in its Judgment on the matter C-470/14 that the method chose by the Spanish legislature to establish the private copying levy under the State´s Budget is not in line with the requirements set forth in Directive 2001/29/EC, on the harmonisation of certain aspects of copyright and related rights in the information society.

This new way to compensate the authors and other right-holders for private acts of reproduction realised by users was first introduced by the Royal Decree-Law 20/2011, December 30, which substituted the so-called «digital private copying levy», in force in Spain since 1992, although deeply modified in 2006. This system consisted in charging a levy to manufacturers of electronic devices suitable for making copies of protected works which was then transferred to their customers, i.e., the ones who actually or potentially would make the copies.

The norm was further developed by means of Royal Decree 1657/2012 that establishes a complex system in order to determine the owed compensation on the basis of the damages caused through a series of uncertain estimations and criteria and constrained by the «budgetary limits established for each calendar year». This regulation was precisely the cause of the abovementioned preliminary ruling.

The reformed of the Spanish Copyright Act operated by Act 21/2014 perpetuated this regime against the general tendency existing in most European States to use the digital private copying levy as fairest calculation method. Only Norway, Finland and Estonia have a similar system. The digital private copying levy is also supported by the CJEU´s case-law (Judgements C-457/08, Padawan, C-521/11 Amazon) admitting that it was a correct way to ensure that those users that may potentially make copies and therefore produce the damage were the ones to be held liable to pay the compensation to the authors.

In the ruling, the CJEU argues that the content of Directive 2001/29/CE is not directly incompatible with a compensation to be paid through the public treasury as long as such a system guarantees the payment of an equitable compensation to the right-holders and an adequate degree of protection of intellectual property Union-wide.

Nonetheless, the literal wording of Section 5 of the Directive lays down that the private copy exception is created only in favour of natural persons, thus is not applicable to legal personas. This means that legal persons may under no circumstance be final debtors of the said equitable compensation, a concept belonging to EU law that requires of consistent interpretation and that may not be derogated by the definitions or interpretations made under domestic law.

The problem is to be found in the fact that no specific tax or contribution was established nor had been the income used to pay for the compensation allocated to a concrete destination. Consequently, the budget line meant to pay for it was composed by the income received from every taxpayer, including legal persons. Neither was a system established that allowed legal persons to apply for a waiver from the obligation to make those payments or to ask for reimbursement in accordance to administrative internal procedures.

For this reason, a system like the Spanish one, which turns an obligation to be borne by the natural person who actually or potentially produces the damage to rights of the authors into a general obligation for every taxpayers goes astray from the requirements of EU law and should be rendered invalid.

From the Enforcement and Competition area of Santiago Mediano Abogados we veil for the protection of intangible assets, planning and adopting strategies and measures that ensure their effectiveness, even before the exercise of legal actions.

To get more information you may contact us by mail: info@santiagomediano.com